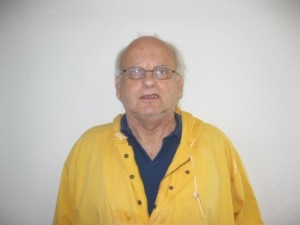 Mr. Edward Horn was born in the year 1950 in Dover, Delaware. As an adolescent, he learned the values of hard work, responsibility, and money. He spent his adolescent years working on the family farm. This experience helped create a great family bond.

Later in his life Mr. Horn worked for a small company that sold prescription drugs and a wide assortment of general merchandise. That company today is known today as CVS. He worked for CVS for 30 years in different positions such as store clerk, stocker, and assistant manager. He said he helped his store become the number one capital maker in the entire state of New York. He said he was known as the jack of all trades.

Mr. Horn relocated to Florida to be closer to his sons and began working for Eckerd Corporation as Assistant to the manager. After three years of service his health started to decline causing him to resign from his job. A friend told him about the Pinellas County Housing Authority (PCHA) where he applied for housing and within a short period of time he became a resident of Rainbow Village. He has lived in Rainbow Village since 2002.

Mr. Horn has been a big contributor to the Rainbow Village Community via his volunteer activities. He has been apart of the Neighborhood Watch, developed a relationship with Pinellas County Sheriff’s Office, and was the President of the Resident Association. He has spent countless hours volunteering in many projects, one being the KaBoom Playground build which is located in Rainbow Village. He is a participant of the Resident Opportunity and Self-Sufficiency (ROSS) program and a member of PCHA’s Resident Advisory Board. He also serves in a voluntary role as the Ambassador for the Elderly at Rainbow Village, visiting and assisting the elderly while communicating their needs to the ROSS Service Coordinator.

Mr. Horn said, “I would like everyone to know, I don’t dwell on things of yesterday. Just know today is a better day.” He continued, “Dream it, hope for it, and then go out and do it. All dreams are possible.”