PINELLAS COUNTY, FLORIDA – Yesterday, the Pinellas County Housing Authority (PCHA) held a ceremony to recognize capital improvements completed at their public housing properties, made possible by the funds received from the American Recovery and Reinvestment Act of 2009 (ARRA).

The event was held at French Villas Apartments, a PCHA public housing community in unincorporated Pinellas County, where many improvements were visibly showcased from new steel entry doors and energy efficient and impact resistant windows to new stair rails and exterior painting.

The program was opened by an expression of gratitude from Angela Rouson, Vice- Chair of the PCHA Board of Commissioners, regarding the $1.3 million in funding received from US Department of Housing and Urban Development.

Commissioner Rouson stated “We are holding this event today to:

Joseph Triolo, PCHA Board Chairman welcomed those in attendance and introduced guest speaker Marcel Charpentier, Operations Specialist for HUD who stated “It is an honor to be at French Villas and to see the improvements which will help increase the quality of life. We can see the tangible results at French Villas, Rainbow Village and Lakeside Terrace.” He also mentioned that not only was he proud of the improvements and the property, but he was proud of the PCHA. “PCHA was selected as a High Performer and that’s not easy to do. PCHA not only received over $1.3 million in funding for improvements, but will also receive over $895K in 2010 for their continued dedication in building and improving their communities.”

State Representative Janet Long of District 51 said she was thrilled to witness the results of ARRA, and that the funding is working and being wisely spent. She graciously thanked President Obama and her colleagues in the Legislature for the stimulus funding so that improvements so desperately needed, such as these, could be made in Pinellas County.

State Representative Rick Kriseman hopes that “projects like these spark renewed interest in our housing properties.”

State Representative Darryl Rouson echoed their sentiments and congratulated PCHA on its accomplishments.

Jesslyn Alicea, 15, accompanied by her parents and siblings, and resident of French Villas expressed her gratitude for the improvements made to French Villas, the community she calls home. She said, “As a teenager, it’s important for me to be proud of where I live. Now, I am happy to say that these improvements made our property pretty and most importantly safe.” She specifically thanked President Obama and US HUD Secretary Shaun Donovan.

Stanley Mercier, resident of French Villas, has lived there for 13 years. He expressed gratitude for the improvements and said they were “desperately needed and make for a better living environment and better community.”

PCHA Executive Director Debbie Johnson commended the PCHA Board of Commissioners for their continued commitment to the preservation of low income housing in Pinellas County. She also stressed the importance of continued HUD funding for low income housing and talked about future capital improvement plans for French Villas. 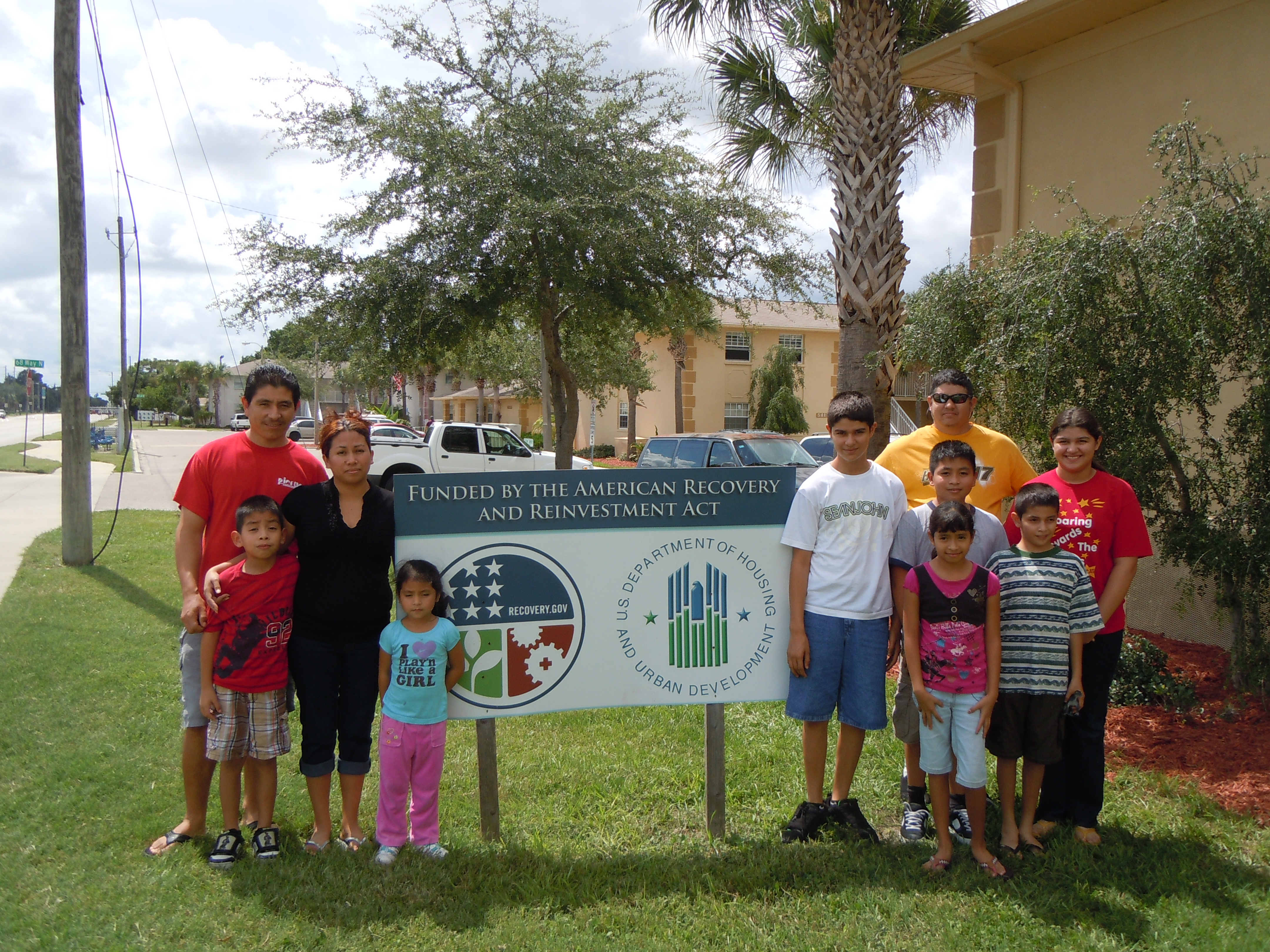 The following projects were completed due to ARRA funding: